Conference Of Catholic Bishops Has Interdict On Canon 915 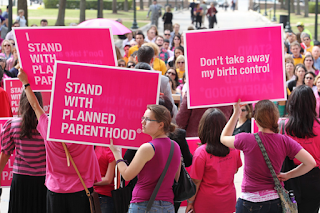 The following quote pertains to The United States' Bishops Conference but it is not much of a reach to assume it also applies to the Canadian Bishops. For the Canadian prelates would it surprise anyone to think that there's also a silent interdict on the teaching of contraception?


But, then again, most of the blanket excommunications (very rightfully made) were well before the unleashing of modernist secular humanism in the Church starting in 1958.  It is widely believed that the USCCB presently has a secret, unpublished policy to ostracize any member who enforces Canon 915 against a Catholic politician, for instance.  I would tend to imagine there are also blanket "prohibitions" against interdicting other anti-Catholic organizations - just like Banned Parenthood

Excerpted from:
When Will Bishops Excommunicate Planned Barrenhood Members/Employees/Supporters?