Statement From The Archdiocese of Toronto Regarding Father John Duffy 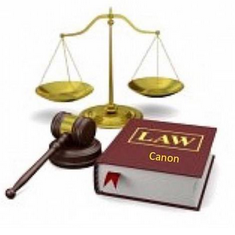 Further to my previous posting on Father Duffy, I have found a little more information to share but serious questions still remain. The Archdiocese of Toronto issued a statement dated July 18, 2015 which was subsequently read out to the parishioners of Father Duffy`s former parish, Sacred Heart Parish. The text of the Statement reads:

Statement from the Archdiocese of Toronto re: Sacred Heart Parish, Uxbridge

Over the past several years the Archdiocese of Toronto has been working closely with Fr. John Duffy to address a number of issues concerning his responsibilities as pastor of Sacred Heart Parish. We have also been deeply concerned about his personal health and well-being.

We are working with Fr. Duffy to provide the financial and pastoral support he needs. We are grateful for his many contributions both to the Sacred Heart community and in his previous assignments.

Fr. Joseph Rodrigues has been appointed pastor of Sacred Heart Parish and will arrive this week to begin serving the faithful. We pray that he will be welcomed with open arms.

We extend our thanks to the parishioners of Sacred Heart for your ongoing support and engagement in your faith community. We pray for Fr. Duffy and Fr. Rodrigues with the hope and prayer that your parish will continue to serve as a beacon of faith, hope and love to all.

There is an online petition published on behalf of Father Duffy and a great number of persons have left comments. A remarkable show of support for Father Duffy, as well as shock for the circumstances, is evidenced in these comments. They are nearly unanimous in their very high praise for their priest`s service and influence in their lives. It does leave one to wonder what could possibly have taken place on such a secret level for so long in Father Duffy`s life that virtually nobody as close to him as those who left comments would have suspected the very grave action taken by the Archdiocese.

The Archdiocese claims that Fr. Duffy decided to retire from active ministry but Fr. Duffy`s final sermon as well as the online petition paints the picture that he was suspended from ministry by the Archdiocese. In fact the spokesperson at Sacred Heart Parish confirmed to me that Father Duffy has been suspended with loss of faculties. My understanding is that except for behaviour that is a cause of very serious scandal it is normally very difficult for a Bishop to suspend or “laicize” a priest, even if he wants to. Conversely, we know how much hell can be raised if a Bishop supports his priest and sticks with him through thick and thin.

Also my understanding is that in cases such as this if the priest contests the Bishop`s actions and appeals his suspension, the execution of the penalty is suspended until such time as the Vatican has made a decision on the matter, i.e. Fr. Duffy should still be serving his parish until the Vatican rules on the matter.


To be clear, this is only conjecture on my part on the basis of readily available information on the internet regarding canon law. I called the Archdiocese for further details on the matter but they declined to give further info and suggested I call Sacred Heart Parish.

I have known Rev. Father John Duffy since 1997. With change in Residence, I have moved 3 different parishes - St. Barnabas, St. Thomas More(both Scarborough) and now St. Patrick's (Markham). I will go on record to say that Rev. Fr. John Duffy is the best catholic priest I have ever met in Canada. His weakness is - the word "NO" does not exist in his vocabulary. He will say yes to everyone and go out of the way to help the parishioners. I personally feel grave injustice has been done to Rev. Fr. John Duffy by the Archdiocese of Toronto. You must give a fair hearing to both sides. Further, they have the audacity to tell that Rev. Father John Duffy has retired when in fact they have suspended him and thrown him on the streets. Will the Cardinal confess this "LIE" behind closed doors or come out in open and say he gave the wrong information.

Further, I would like to ask the Archdiocese did they do any background check of the person(s) complaining about Rev. Fr. John Duffy. ie Police Check, check at place of work, check in the neighborhood. The complainant could be of the nature that is my way or the highway and having difference of opinion with one and all.It is very important to get this information.

On one hand Archdiocese is forcing parishioners to give generously to "Family of Faith". On the other hand they have hired a Consulting Company and paying them 9 million as fees for the 1.03 billion collected. Does Cardinal Collins understand that 99% of Catholics in Toronto earn under $100,000 per annum and this one man company is going to make 9 million dollars. It is like rob Peter to pay Paul. I have withdrawn my support and asked for the cheques to be sent back. Sooner or later, when all come to know about it, will also ask for the same.

Very disturbed and heartbroken over the suspension of our beloved priest - Father John Duffy.
Evil and corruption has entered the Church and the devil will stop at nothing to bring division within our Church.
The Archdiocese is allowing the evil one to bring the Church down 1 priest at a time !!

"The Church will have much to suffer." Sister Lucy of Fatima

"The devil is capable of confusing the most brilliant mind". PADRE PIO

Thank you Alban and Filomena for your comments and the concern for Father Duffy. Let us pray that God will bring further light to this matter, to the end that truth and charity win the day and evil is unmasked and punished.

I have kept this matter a secret for two years. My reason was to protect the Faithful from being scandalized.

As well, I am astonished and disappointed that this situation has devolved - and has been allowed to careen into the public arena.

I am hoping and praying for a very expeditious, just, and charitable outcome to this most unpleasant situation, lest it continue to devolve inot further tragedy.

Please pray that this situation will be dealt with most expeditiously in justice and goodness.

Father Duffy,
Thank you for your comment. I am sure your predicament is a profoundly difficult one. I note that you have tremendous support in the online petition organized on your behalf. You have many many souls praying for you. Stay strong in the Lord, trust in the intercession of Mother Mary and Christ the King will sustain you!

My spiritual director went through a similar situation and it took years for the diocese to leave him alone, like Father Duffy he is a wonderful priest and man. Just remember it is not the Church here but people in the Church that are doing this harm, prayers for Father Duffy are the best way to combat this.

Hi everyone. I'm an old high school friend of Father Duffy's. Would anyone know how I can get a hold of John. Sincerely Don Burns.