Canada Speaking up for Persecuted Christians in Middle East

“In our tolerant society, too many are saying that Christians are getting what’s coming to them,” Kenney said. “This is a new form of blood libel. It must be repudiated at every opportunity. There are more Christians persecuted around the world than any other group by orders of magnitude.”

Excellent reporting by Simon Kent of the Toronto Sun. You need to read the entire article. (Comments are very revealing!)

I fully agree here with recent remarks by Minister Jason Kenney. He is taking very courageous steps for a politician of our day. The political correctness and downright dangerous ideologies of other top Western politicians, most notably President Barack Obama, in regard to worldwide Christian persecution is unconscionable. Do we (the West) hate our religious roots and tradition so much that we turn a blind eye to the increasing plight of the world’s Christians—while pandering to Islam—or are we altogether ignorant of our civilizational history? 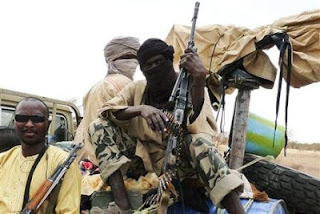 Our own Brian Jones, of The Telegram, recently raised a good point.

Mali is less well known than its legendary city, Timbuktu.

In the West, “Timbuktu” has long been used to describe extreme distance or isolation, in such phrases as “from here to Timbuktu” or “all the way to Timbuktu” and so on. It even became part of pop culture with “Between Time and Timbuktu,” a script by American author Kurt Vonnegut.

Over the past few decades, Timbuktu has receded — so to speak — even further in Westerners’ consciousness. Reminders of its existence came in news reports last spring when gun-lugging louts who are really enthusiastic about their religion took control of the town.

Current rules in Timbuktu prohibit music, drinking and football/soccer. Adulterers are stoned. (Not with pot, with rocks.) Thieves are mutilated. Westerners can only wonder whether residents of Timbuktu shot off fireworks this week to celebrate the arrival of the 7th century.

Thus we come full circle, to newspaper headlines about the possibility of sending Canadian troops to Mali to help its government deal with its internal mayhem and discord. Defence Minister Peter MacKay said this week Canada could send military advisers to Mali sometime this year to help train its army.

Shouldn’t we know, as Canadians, what our goals and policies are in regard to foreign intervention in Mali and other Muslim nations overtaken by (or sympathetic with) radical Islam? I think a strong argument can be made that whatever our Defence Minister says, there is too much vagueness about what Canada has achieved by expending energy (and lives!) in Afghanistan, Syria, etc. Do we want more of the same fuzzy thinking? Have we even honestly identified our enemy in this struggle against "terror?"

Washington, January 25, 2013.
Here's hoping that Americans will make their strongest ever statement in defence of innocent human life. 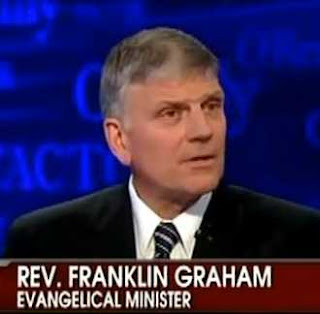 He was banned from a Pentagon prayer service because of Muslim complaints about his beliefs, and he later charged that Barack Obama has “shaken his fist” at God by endorsing same-sex marriage, so no one would expect mild platitudes from the strong-willed Franklin Graham.

But to liken America’s current situation to the status of the Old Testament tribe of Judah under Manasseh, the “wickedest king to rule?”

That the message that can be taken from a recent public letter posted on the Billy Graham Evangelistic Association website.

There, Franklin Graham, Billy Graham’s oldest son, warns that the nation’s fiscal cliff is nothing to worry about compared to the spiritual cliff he sees.

Why Such Hatred and Vitriol Against the Pope? 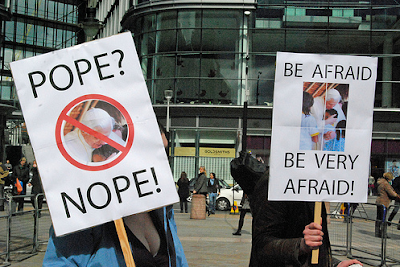 Over at Twitter, in the #AskPontifex thread, there is an outpouring of animosity and ridicule directed at the Pope, the Church, and the Catholic Faith. On the internet in general, this type of animosity is found almost everywhere that Catholicism is discussed. And the same attitude occasionally rears its ugly head in the news industry and in politics. What is the basis for this animosity?

The Pope and the Church have teachings on important matters of morality. These teachings are contrary to the beliefs and practices of a majority of persons who live secular lives.

How many persons have violated one of these teachings? How many are violating these teachings on a regular basis? A large percentage of any nation’s population is living and believing contrary to these, and many other, teachings.

So when the Pope and the Church reiterate these teachings, people are offended. They rightly perceive that the Church is telling them that their own deeds are evil, and that they must change their behavior. But out of pride, most people refuse to change. Instead, they respond with personal attacks on the Pope, ridicule of the Church, and hatred for Catholicism.

Unfortunately, many persons who call themselves Catholic are essentially in the same situation.

Pat Condell on the Israeli-Palestinian Conflict and Islam

Pat Condell is not a great friend of religion (I believe he still proclaims to be an atheist) but he does at least tout the virtues of "civilization" and does not pretend that all cultures are equal. In this video, with satire, he claims "we patronize the Palestinians by holding them to a lower standard of behaviour, as we do with all Arabs, because we're racists."

Over 3,500 Killed in USA Today from Abortion…No Presidents Crying’

Matt Drudge is the proprieter of the world’s #1 news aggregator site, the Drudge Report, which receives tens of millions of visits every day. On his personal Twitter account he has over 160,000 followers.

He is also pro-life.

This is the amazing message that his followers were greeted with this morning:

There will be over 3,500 killed in USA today from abortion. No flags lowered, no presidents crying. No media hyperventilating. Normal day.

Jihad Watch is an eye-opening website for those who want to have eyes opened. I reproduce one of today’s postings in its entirety.

This report apparently focuses on where Muslims are "radicalized," rather than on the much more important question of how -- probably because investigating the latter would take Canadian authorities straight into the Qur'an and Sunnah, which is the one place they don't want to go. Jihadists make recruits among peaceful Muslims by claiming that they are the exponents of authentic Islam, and making their case from core Islamic texts. The "moderates" have never mounted any effective rejoinder to this appeal. But to admit this would be to contradict central elements of Canadian immigration policy and the entire multiculturalist enterprise. And so we get this report on where, but never ever discuss the really important questions.

"Islamist extremists radicalizing Canadians at ‘a large number of venues,’ secret report reveals," by Stewart Bell in the National Post, January 3 (thanks to Twostellas):

Islamist extremists are now radicalizing Canadians at “a large number of venues,” according to a secret intelligence report released to the National Post under the Access to Information Act.

While mosques with hardline imams are often singled out for spreading violent Islamist ideology, the study found that radicalization has been taking place at a much longer list of locales.

The heavily censored report identifies the role of prisons, the Internet and foreign travel in turning some Canadians into extremists who wage or support violence. But it also points a finger at the family home.

Since al-Qaeda’s attacks of Sept. 11, 2001, an increasing number of Canadians have become lured into Islamist extremism, an intolerant, anti-democratic and virulently anti-Western worldview that preaches that violence against non-Muslims is a religious duty and a path to paradise.

Why, where would "Islamist extremists" get that crazy idea? Surely not from the Qur'an!

Several Canadian extremists have travelled abroad to countries such as Pakistan and Somalia with the intention of engaging in what they call jihad, while others have plotted mass casualty attacks in Canada, although none has succeeded.

"What they call jihad." Of course. As everyone knows, the only accepted and genuine meaning of jihad involves getting in your exercise and taking the kids to school.