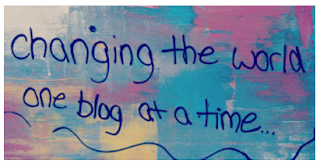 I'm a little disappointed in Colin Kerr I'll admit. His Society did send a nice bit of traffic my way and since I don't get a lot of hits even the best of days, his service was much appreciated. His site was one that I visited regularly every time I browsed and I could easily track the activity I might have missed in the Canadian Catholic blogosphere. I guess I'm more hurt that now I'm somehow judged by a fellow Catholic to be less Catholic or perhaps an unfit Catholic because I often critique Catholic Bishops. Furthermore, it's uncalled-for censorship as well, in my opinion.

If you'd like you can read his posting explaining why he cut me off. But what really burns me is that he didn't mount a challenge to anything I said in my latest posting or in any other posting. I do remember a couple years ago he stood up for Michael Coren in the comments section when I criticized Coren (before he apostatized).

No, there was absolutely no refutation of any points I made. In fact I've been blogging now for all of ten years and only in one or two extremely rare cases have I received a thoughtful refutation from any reader of any of my commentary on things Catholic, including criticism of Catholic Bishops. If I'm such a bad dude saying such bad things about good people, is it too much to ask someone to at least make the case? It seems his only defense is that the Two Amigos are personal friends and good guy Bishops to boot and even the saints of old were misunderstood in their day. Welcome Saints Collins and Prendergast!

I myself favor dialogue and remonstration rather than dismissal. It would be nice to have more insight into what motivated Colin's decision. If you are interested in my own criticisms, I would say from the few things I've read that you make a good number of legitimate points, but your approach is grandiose and quixotic. Prendergast and Collins are in fact exceptionally good bishops. They are not perfect, but realistically any replacement for these men is unlikely to be better and quite likely to be worse. You are free to constructively criticize their particular policies and decisions, but your narrow and relentless focus is unhealthy and your prescriptions are unrealistic and do not express due reverence* to these men - due both as regards their office and their personal gifts. (*A canon you might reflect upon: "According to the knowledge, competence, and prestige which they possess, they have the right and even at times the duty to manifest to the sacred pastors their opinion on matters which pertain to the good of the Church and to make their opinion known to the rest of the Christian faithful, without prejudice to the integrity of faith and morals, with reverence toward their pastors, and attentive to common advantage and the dignity of persons." (Canon 212.3))

It is very sad to hear of censorship instead of dialogue. St. Thomas More (my memory may not serve me totally correctly) said: 'dialogue exists when two friends of the light turn to the light and only the light". In other words, truth is pursued by all parties, wherever it may lead. Truth may upset, it may hurt feelings, but truth is truth.

Thanks David for leaving your comment. I do appreciate your thoughtful insights. Iron sharpens iron and all that stuff. I do not take lightly at all my criticisms of Priests or Bishops. I will reflect further upon the Canon you quoted although I am already quite familiar with it.
My goal is always for rational conversation aimed at discovering/presenting the truth while not losing sight of the demands of charity. If it can be shown that I have failed in this regard or have falsely accused any person I will be the first to confess my sin and do penance.
If readers of my blog wish to treat me fairly it is incumbent upon them to enter into dialogue rather than simply dismiss my thoughts outright or remove my platform. What is needful in this matter is more speech and not less. It speaks volumes about people and their very character when they respond to arguments by slamming the door shut on them. How exactly are we to be lead into the truth?
Nevertheless people will hear what they want to hear.
In regard to grandiose, quixotic, narrow and relentless, have these not all been variously used as metaphors for the truth? I make no apology. As far as expectations go I expect what the Church indicates is possible (and strive for it), not what I or others may think is practical or realistic.

Barona,
Thanks for weighing in on this development.

"In regard to grandiose, quixotic, narrow and relentless, have these not all been variously used as metaphors for the truth?"
Um, no? (I'm not sure what you mean.)

The Church does not teach that you are to call for the downfall of her pastors, does it? That is your initiative and I think you cross a line there. You are certainly presumptuous in doing so and you would not be amiss to repent and confess this as a sin. Your concerns are inspired by very worthy people like Peters and Burke. But the mode you have chosen for expressing those concerns are certainly your own, and would certainly be rejected by them.

I don't support your being banned/censored from Colin's personal blog roll, and left my comment there. This is what I wrote:

Hey Colin, I'm a firm believer in the principle of free speech, even if that speech is offensive. I also don't think we have a right to not be offended. Being offended is permissible. I personally would not have censored Contradiction. I think it is your perogative to "excommunicate" Contradiction since this is your your own personal blog roll. However, if this is really a "society" and you are the elected official running it, then I would have checked with the membership first to get their thoughts. Anyway....at this time, while I respect your freedom to act as you wish, I'd like to leave you and your readers with a very important story to reflect upon. It's called, "Yertle the Turtle" by Dr. Seuss. There's an important lesson in that story for all of us.

Hi Jasbir, thanks for leaving your comment. I appreciate your support for free speech and the little story about Yertle the Turtle. Funny, I had never seen it before. Have a Blessed Easter!

In 2 Corinthians 3 we read, "He has given us the competence to be ministers of a new covenant, a covenant which is not of written letters, but of the Spirit; for the written letters kill, but the Spirit gives life." In that Spirit, why ban anyone who in good faith and freedom is expressing and voicing what he thinks? ELA I agree with you even with respect and consideration to what David has said. Colin has simply made his own choice and that's all that it is. Jasbir, I much appreciated the Dr. Seuss story. Best wishes and Peace to you all during this time of Easter.

Lou, thanks for leaving your comment and for your support of my position. May God Bless your efforts at blogging. Keep up the good work!